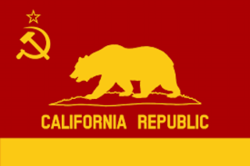 Having lived all over the nation, the Bay Area is the least tolerant place I've lived.

Tolerance being how you treat people you disagree with -- so the way they treat cigarette smokers (but not marajuana), the military, fast food restaurants, those that disagree with them on any topic by calling everyone racist, sexist, homophobes, that's how much tolerance they have. The collectivist credo: demand conformity, bitch when you don't get it, henpeck anyone who disagrees, then blame the other side for not being tolerant enough of your ideas (if they complain), while being completely intolerance to theirs. Cuba, Venezuela, the Bay Area? The differences are just in the degree. 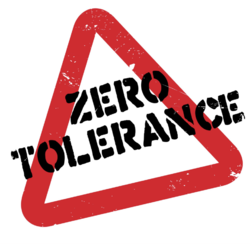 Some people claim that California is "leading the nation". On some issues they try -- but sometimes I don't want to follow.

Others claim that California is more "Liberal". I find it ironic that the nation finds California "liberal", when about some things California the biggest bunch of politically-correct, intollerant, goose stepping brown shirts I've ever met. Liberal means tolerant towards those you disagree with, and no state is less tolerant of others views than California. Of course, not all laws in California are bad -- and niether is all of California. Californians are tollerant of a lot of things. But I think that when people think of California as the left-coast, or as Liberal, they might want to think about what that means, because I'm pretty sure it doesn't mean what they think it does.

Retrieved from "https://igeek.mywikis.wiki/w/index.php?title=California&oldid=42614"
Cookies help us deliver our services. By using our services, you agree to our use of cookies.
Categories:
This page was last edited on 25 October 2022, at 23:17.
This page has been accessed 138 times.
Privacy policy
About iGeek
Disclaimers
Mobile view
DMCA
Return to top