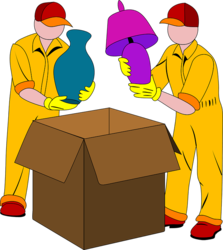 To quote: “Early in Clinton’s tenure as secretary of state, she and her staff were observed removing lamps and furniture from the State Department which were transported to her residence in Washington, D.C.”.

The State Department claims those were her items, but why was she moving things out (instead of in) early in her tenure? And there doesn't appear to have ever been an investigation.

Also, remember the State Dept. has a sketchy history of prosecuting anyone in their department for major crimes, let alone furniture theft, going back to McCarthy era and the creation of the agency. It's not their money, so why do they care?

This one isn't as meaty as Lootergate 2001. But if it was a Republican I'm sure there would have been a lot more noise, but since Hillary has a (D) after her name, it doesn't appear anyone wanted to know (or investigated).

Retrieved from "https://igeek.mywikis.wiki/w/index.php?title=Hillary_Clinton/Lootergate_(2012)&oldid=37430"
Cookies help us deliver our services. By using our services, you agree to our use of cookies.
Categories:
This page was last edited on 19 September 2022, at 21:50.
This page has been accessed 7 times.
Privacy policy
About iGeek
Disclaimers
Mobile view
DMCA
Return to top